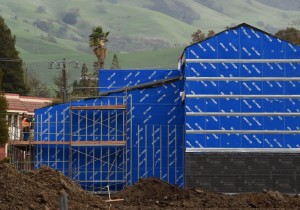 The East Bay is having a retail moment.

From major retail projects like the $250 million revamp of Walnut Creek’s Broadway Plaza to the arrival of one of the largest fine wine retailers in the country –Total Wine & More — in Fremont and soon Pleasant Hill, developers and retailers are looking to the East Bay for new business opportunities.

According to a 2015 report from real estate firm Cushman and Wakefield, population growth in the East Bay and increasing employment levels are driving more buying power in the region and increasing demand for retail space. The vacancy rate for shopping centers in the East Bay was 5.3 percent at the close of 2015, the lowest it had been since 2008.

That’s an attractive draw for retailers looking to expand their West Coast operations, and several notable companies are doing just that.

We are pledged to the letter and spirit of U.S. policy for the achievement of equal housing opportunity throughout the Nation. See Equal Housing Opportunity Statement for more information.

Please fill out this form and we will direct your message to the appropriate person.